If you want to have a fun night and see a great concert, you definitely want to check out when 100 Monkeys will be in your area. If they aren’t near you yet, then listen to their music and you are still bound to have a good time.
Ben Johnson, Jackson Rathbone, Ben Graupner, Jerad Anderson, and Uncle Larry make up the eccentric band 100 Monkeys. These 5 guys are all individually talented and when they bring their talents together, it really is something special. Unlike any band you’ve heard before, 100 Monkeys has such a unique way of telling stories through their music. When on stage, their energy is outstanding and the crowd , always has fun. If you have not seen them on stage yet, definitely pick up a copy of their new DVD, Live and Kicking Pt. 2, which will be released this month.

The guys are very busy on group and individual projects. Recently they got together to write the score for a new movie, Girlfriend. Girlfriend premiered at this year’s Toronto Film Festival in September, with sold out showings. Band members Jerad Anderson and Jackson Rathbone took part in the production work for the film as well as played parts in the movie.
Girlfriend is about a woman named Candy (played by Shannon Woodward), who is involved in a love triangle with her abusive ex-boyfriend Russ (played by Jackson Rathbone), and a kind young man who has Down Syndrome, Evan (played by Evan Sneider). The reviews on the film have been extremley positive, so defintly be on the look out for when this movie hits theaters.

Among their solo ventures, they still find time to get together and create more music. Their new album comes out in January. Be sure to check out their Official Website this month for new tour dates. In November the band will announce the name and official release date of their new album.

Thankfully for us, they had some downtime and were kind enough to answer a few questions. Check out the interview and learn more about the band!

(100 Monkeys): 100 Monkeys was formed in a living room in Hollywood when Ben Johnson Ben Graupner and Jackson conjured up Monster Delux. Jerad and Uncle Larry joined the band in the following months as the we took our first residency at the 24k Lounge.

(100 Monkeys): Jackson and Graupner had been using the name 100 Monkeys when they would record with others. After the completion of Monster Delux 100 Monkeys become the formal title of the band.


(FZ): What inspires your music?

(100 Monkeys): Anything and everything. Common elements in the music are the devil, drinking and women who cheat and steal.


(FZ): Talk about the song writing process, do you all write together as a group?

(100 Monkeys): We have many approaches to the way we write our songs. Sometimes we'll go on day long improvisations and come out with pieces like Wasteland Too or Future Radio. In other cases one of us will write up an entire song and bring it in to the group to flesh out like we did with LDF.

(FZ): Your new album, Live and Kickin was released over the summer; you have the tour, and a new studio album coming in January. I know most, if not all of you, have side projects going on, so where do you find the time to do so much?

(100 Monkeys): We don't sleep much. We wouldn't want to. There's an endless amount of drive when you have the kind of support our fan's give us.


(FZ): Traveling from city to city together must be fun with some interesting stories; could you share anything with us?

(100 Monkeys): There's so many. The most interesting things will happen when you travel. Trucks and trailers malfunction, the weather will throw a curveball now and again, and there are all sorts of characters out there - good and bad. You should check out 100 Monkeys Ventures. We had Brady Bell, a fantastic young author, accompany us on one of our recent tours and he chronicled everything and posted it at 100MonkeysMusic.com


(FZ): It's really great that you are all so involved with charity work. Talk about the Spencer Bell Legacy Concert and how you got involved with this charity?

(100 Monkeys): Spencer Bell, Brady's older brother, was an extremely prolific artist that we lost to a rare form of cancer. The legacy concerts are a celebration of his life and work. If you want to get involved or if you haven't heard Spencer's music you should check out Spencerbellmemorial.com.


(FZ): You're currently in the studio working on your upcoming album. Tell us a little about what we can expect to hear.

(100 Monkeys): We'll be announcing our new album in early November so keeps your eye's open. There are a bunch of other projects, videos, singles, and webcasts that will be coming out between now and end of the year.

(FZ): If you could tour with another group or musician, who would it be?

(100 Monkeys): Touring with the Kissing Club has been amazing and we hope to play more dates with them on future tours. One of these days were going to get the whole SBL line up together for a gigantic tour. Tin Tin Can, Drew and the Medicinal Pen, The Stevedores and More. 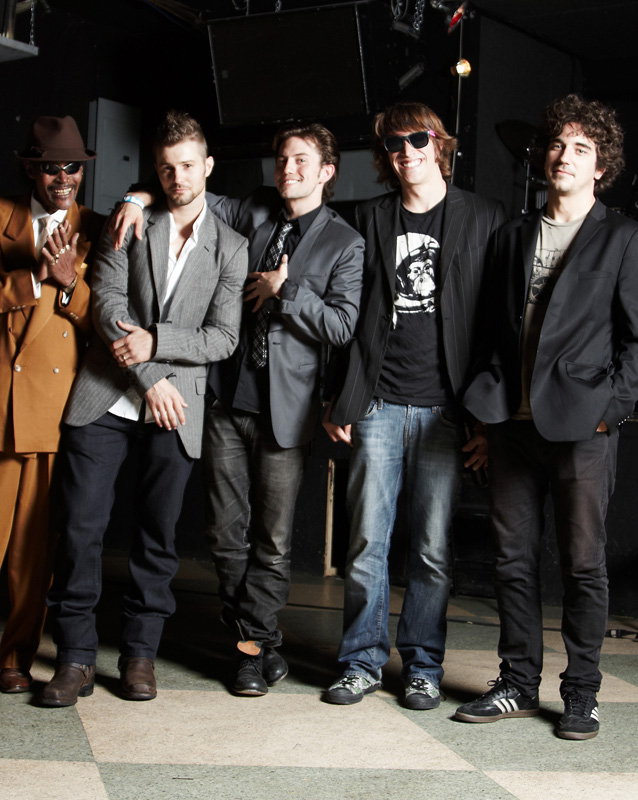 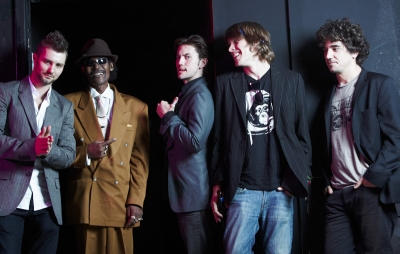 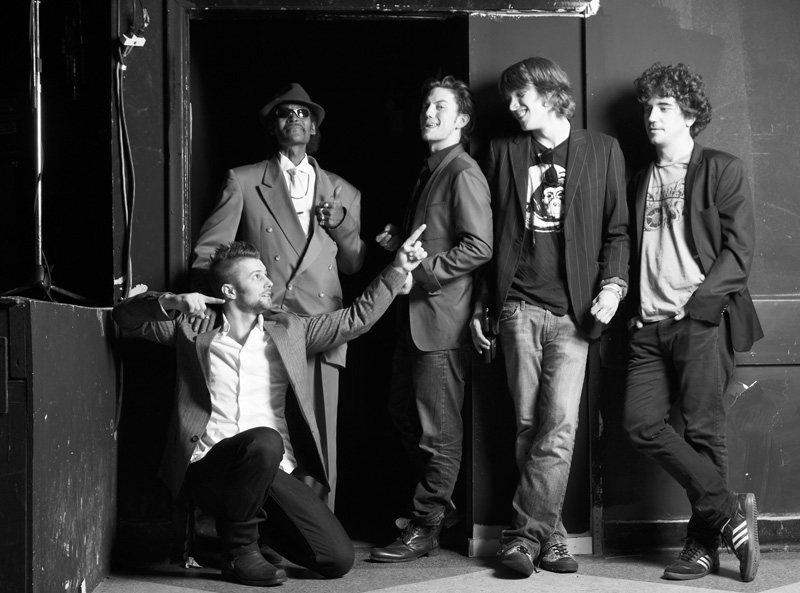