Kurzbeschreibung:
Mercy Thompson's life is not exactly normal. Her sexy next-door neighbor is a werewolf. Her former boss is a gremlin. And she's fixing a VW bus for a vampire. But then, Mercy isn't exactly normal herself...and her connection to the world of things that go bump in the night is about to get her into a whole lot of trouble. Kurzbeschreibung:
A sorcerer-turned-vampire wreaks havoc on Washington's Tri-Cities, causing death, destruction and a paranormal faceoff in the second of Briggs's series featuring Mercy Thompson, a mechanic and "walker": one who can turn into a coyote at will. After attempts by the paranormal community to destroy the malevolent sorcerer fail, Mercy finds herself pulled into the fray: though her werewolf and vampire friends are stronger than she, it turns out that Mercy's abilities make her the only one in town who can save them all. While she discovers the truth about her powers, she also learns more about her past, and the werewolves who raised her. Though the romantic subplot-involving two rival werewolves, Alpha wolf Adam and Mercy's roommate Samuel-fizzles, Briggs has a refreshing knack for imbuing her characters (even non-humans) with lived-in human qualities. When it gets going, this paranormal adventure story is engaging, but a flabby first-person narrative stunts the suspense.
Copyright 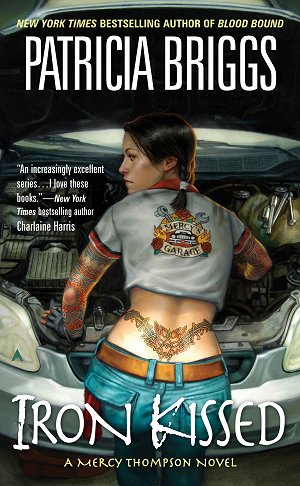 Kurzbeschreibung:
Shape-shifter Mercy Thompson has a complex life, juggling two werewolf lovers and a job working for a fae mechanic; things get even more hectic when her boss and mentor is arrested for killing a citizen of the fae reservation. As the fae seem content to let him rot, Thompson takes it on herself to clear her friend's name, beginning a lone-wolf investigation that may cost her life. Briggs's third novel featuring Thompson (after Blood Bound) is another top-notch paranormal mystery; her well-balanced contemporary world, where humans live uneasily among werewolves and fae, is still a believably lived-in world; the ever-present threat of government legislation against nonhumans (though familiar to X-Men fans) adds weight to her paranormal elements, and thoughtfully researched mythology adds rich detail. Thompson is a sharp, strong heroine and her lycanthropic love triangle is honest and steamy. Briggs never shies from difficult material, and she moves effortlessly from werewolf pack psychology to human legal proceedings, making this a tense, nimble, crowd-pleasing page-turner. (Jan.)
Copyright 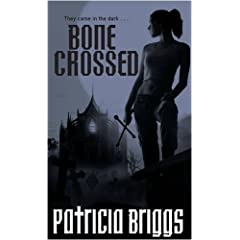 Kurzbeschreibung:
Car mechanic and sometime shapeshifter Mercy Thompson has learned, the hard way, why her race was almost exterminated. When European vampires immigrated to North America, they found Mercy's people had a hidden talent - for vampire slaying. Unfortunately for Mercy, the queen of the local vampire seethe has discovered her true identity. She's also furious when she learns Mercy has crossed her and killed one of her vampires. Mercy may be protected from direct reprisals by the werewolf pack (and her interesting relationship with its Alpha), but that just means Marsilia will come after Mercy some other way. So Mercy had better prepare to watch her back.
_________________
Standing on the shore~Calling out your name~I was here before~I could see your face
Only clouds will see~Tears are in my eyes~Empty like my heart
Why do ya say goodbye?